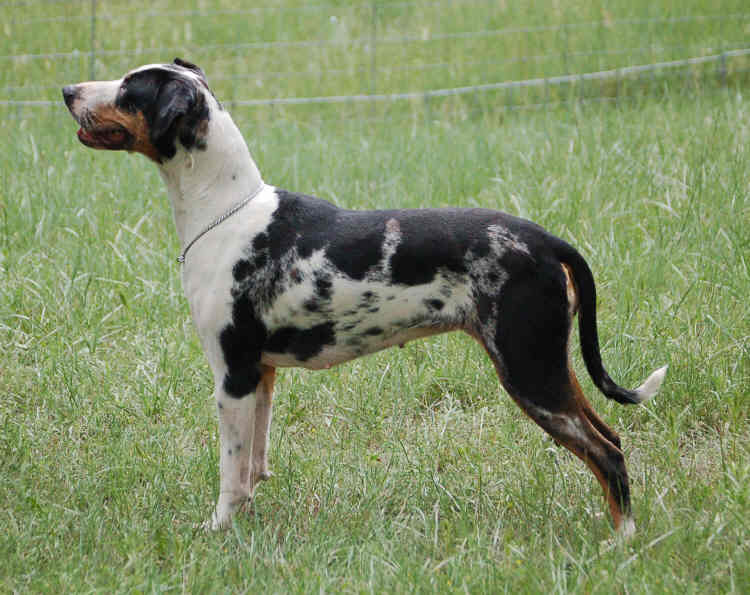 Jezebel is a spunky little girl out of NALC Quad Grand Champion Arrow A’s Sadie and Grand Champion of HD-A Champions Sanglier's CJ. As she has matured, I see both of them in her.  Her grandsire is HD-A Champion Blair's Diamond Cutter. Jezebel has passed both her BAER and CERF tests and her hips were rated "GOOD" by OFA.  She is also PennHIP tested and has a distraction index of .27/.36 which places her in the 90th percentile of all catahoulas tested.  Jezebel started competing in trials at NALC shows in the fall of 2006 and made quite the entry! She won a major class in conformation and Best in Show female over many other catahoulas. She also had a first place in the A-Bay (two dogs) her first time entered.  Jezebel has won three more First Places and a Reserve Best in Show since then with NALC. She has done quite well in NALC with limited showing and has placed well under conformation judges, cowboys, and long-time catahoula breeders. Jezebel completed all her requirements for her NALC Show Championship in May of 2008 and won Champion of Show Champions at the 2010 NALC Nationals in Louisiana followed by Grand Champion the next year.  Jezebel has beautiful movement and is already a UKC Grand Champion in conformation. She is the first catahoula to earn a UKC Weight Puller (UWP) Title, UWP Outstanding  and a Weight Pull Champion Excellent title. Jezebel has also earned nine "Total Dog" awards by pulling a qualifying pull on the same day as a competition win in conformation! She has earned her Family Obedience title and Protection Alert title in UKC’s Dog Sport program.  Jezebel was the #1 Catahoula in UKC's Top Ten in 2008 (with 84 points) and at the same time was in the All Stars that year - a feat no other catahoula has achieved.  Jezebel won the Award of Excellence that year behind her half-brother, Gold River's Midnight, owned by my sister, Cathie Vega.  That was quite a year for Jezebel competing against many larger catahoulas, proving what a typey female she is with very correct conformation,  Jezebel is now working in agility and Rally-O.  She has her Novice level titles in both NADAC and CPE. In Rally, she has two qualifying scores in novice level work. 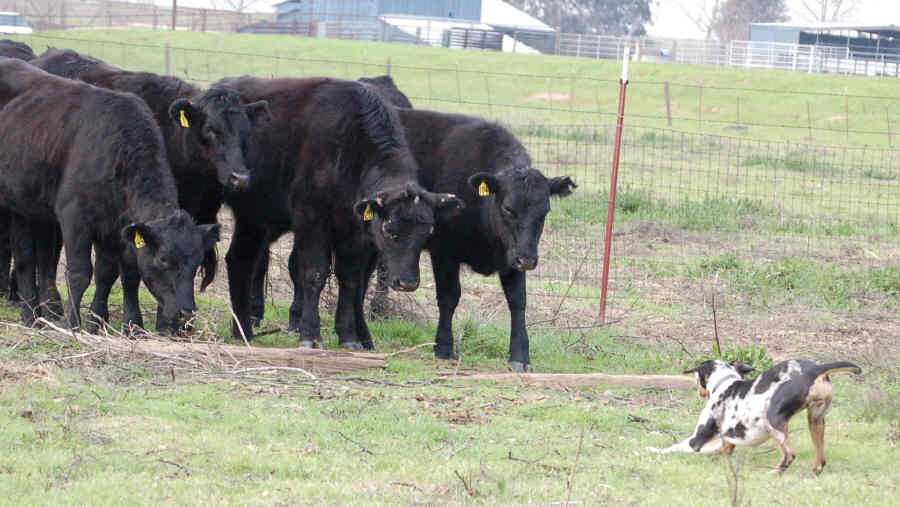 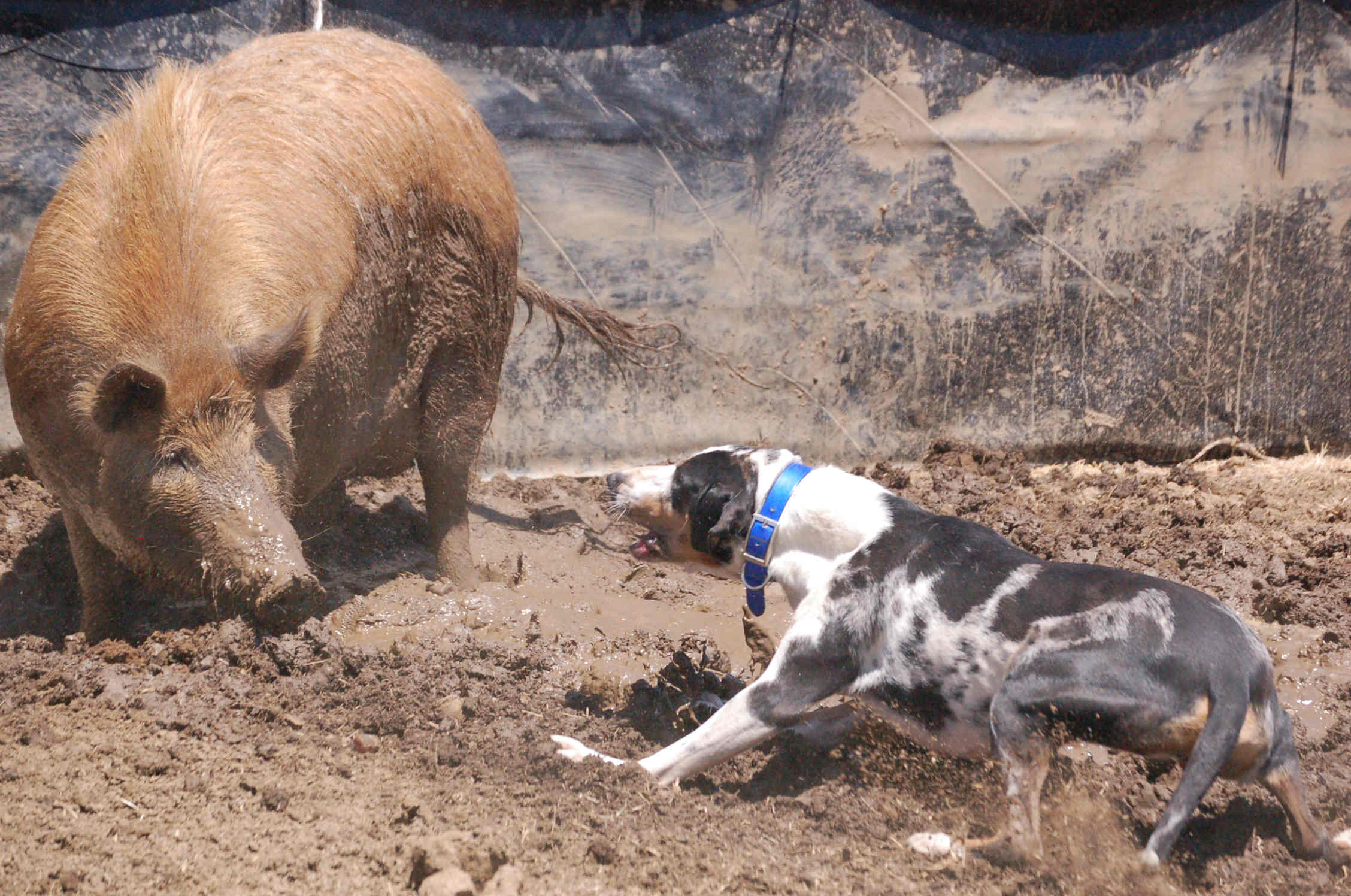 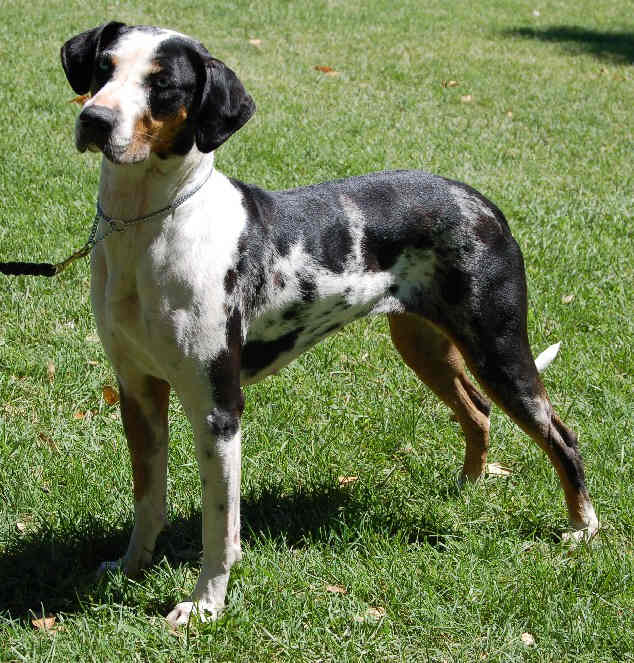